I own a cabled, aluminium Apple-Keyboard (which seems to be discontinued). And I like it. It has a good feel to it and I like the distance between the Keys. I know there are very similar Keyboards like the Cherry STRAIT or the matias Mac-Keyboard but, well, it's Linux so it should be possible to map the Keyboary-Scancodes to whichever logical Keys you want, right? 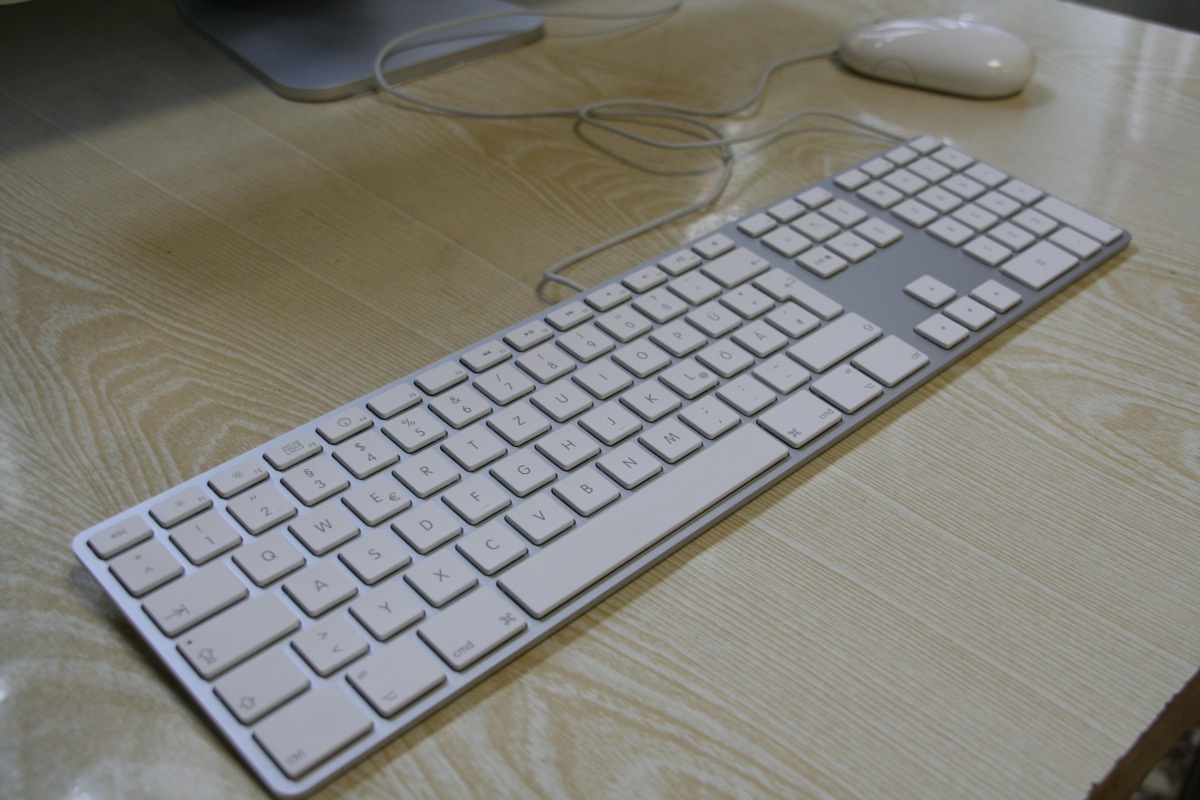 Turns out, it is; but it is far from obvious how it has to be done. So here I write down how I accomplished it, but there are probably even more options including adding your all DKMS Kernel-Patches, like suggested by the Ubuntu-Wiki. I'm writing this for an Ubuntu 18.04, but the Solution might also work on Ubuntu 16.04 or Newer Debians.

Probably the most obvious change: Set your Keyboard-Layout to one of the Mac-Variants. For me the right one is called German - (Macintosh, no dead keys) or German - (Macintosh) – depending on your preferred flavor, both in the German (Germany) group. This will map

This does however leave your Function-Keys F1-F12 mapped to their Multimedia-Functions, Alt/Super is still swapped and some of the Second-Level Keys are still wrong, especially

They are fixable by setting a kernel-Option iso_layout on the hid_apple-module to 0 (Default-Value is 1), so that it actually supports non-english keyboard layouts:

Next up are the function-keys. Setting the Option fnmode to 2 gives a reasonable behaviour. Citing from the Ubuntu-Wiki:

To persist these options, copy them into a modprobe-Config and regenerate initramfs:

But what's about swap_opt_cmd, I hear you ask? Unfortunately setting this Option to 1 will swap Alt and Super-Keys, Left and Right – but in Reality only the Left keys are swapped in Hardware, when compared to a Mac with this Keyboard connected. Setting this Option would actually remove the Alt-Key from your right Hand.

So ne need another Option to only swap the left Key:

Gnome Tweak-Tool to the rescue: 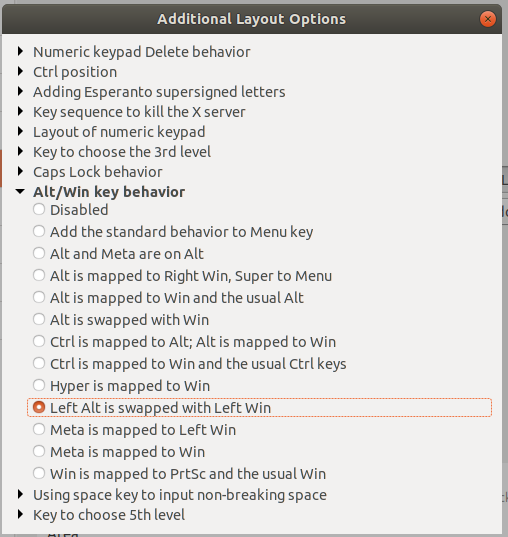 With the Gnome Tweak-Tool it's possible to only swap the left Keys, which is exactly wht I want.

As a last thing, I added some Hotkeys I'm used to have from my MacBook, for Example Super-4 for gnome-screenshot --area.

I also like to setup some Hotkeys for moving Windows around, but they are not Mac-Specific and ask for another Blog-Post.